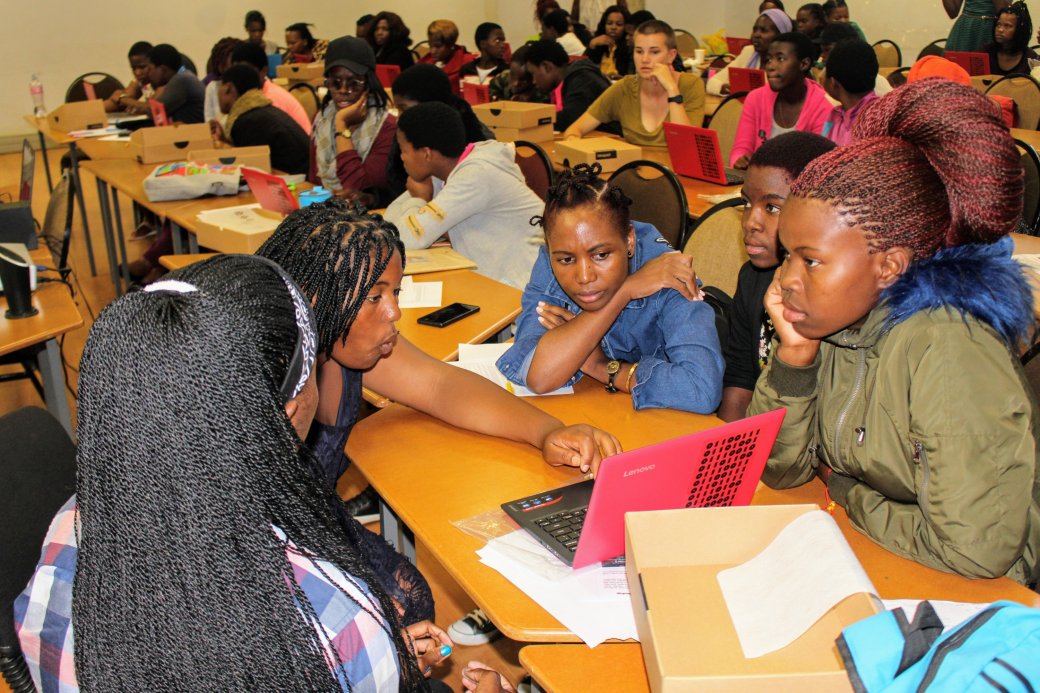 This past weekend, a fellow PCV, Deacon, hosted a camp to introduce computer programming to girls from twenty communities around Swaziland. The camp began with a basic overview of what a computer is and various related TED Talks. Each community, represented by two girl students and one adult mentor, received one laptop computer with a variety of programs. Many of the students admitted that it was their first time touching a computer.

The students learned programming through an interactive graphic language program known as Scratch. They followed tutorials to create games while learning what various commands did. It was amazing to see the students try different variables attempting to achieve desired results. In one instance, a pair of students and mentor asked for assistance with a variable that wasn’t working. I directed the students to the help section of the tutorial. Before I could go through it with them, they were searching for the solution to their variable problem. I watched as they found the solution, and adjusted their program accordingly. It was impossible to contain my excitement as students with limited computer knowledge in the morning were developing and troubleshooting interactive games by late afternoon.

The next step for the students is to return to their respective communities where they will design unique games that tackle a social issue in Swaziland. In early 2018, the students and mentors will reconvene to showcase their games in a competition.

The above picture was taken as pairs and small groups worked together to develop their games. 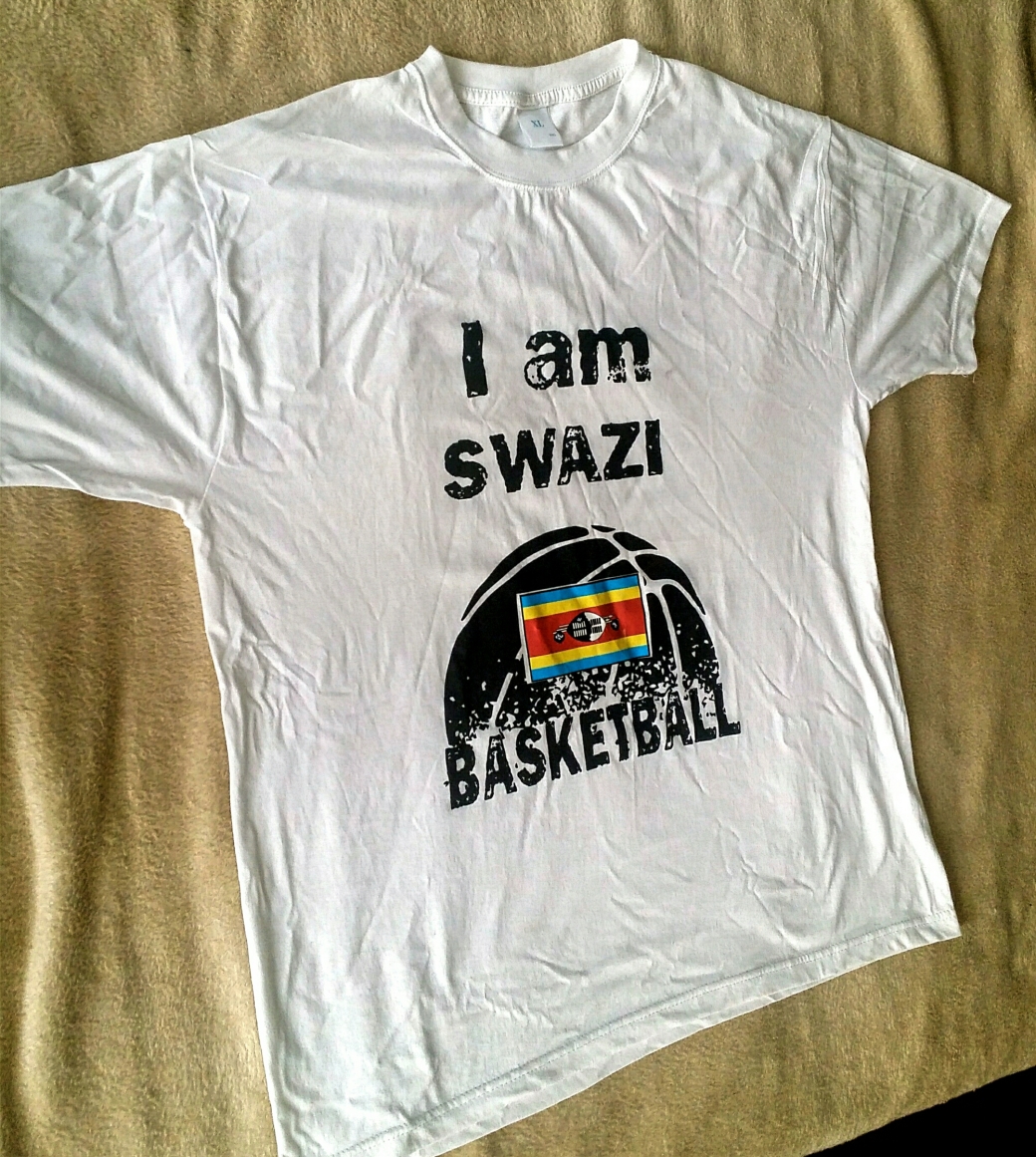 This past Saturday, I went to a basketball game in one of the major hubs of Swaziland, Manzini. Some ladies I know were playing in a women’s game, and I wanted to support. Though my team lost, the game was competitive and exciting. It was also good to be at a familiar sporting event. (While I vaguely understand soccer, I don’t follow it nearly as much.)

After the game, I was chatting with friends outside when I saw a guy wearing a tee shirt. Spoiler alert: it’s the shirt seen above. I approached him, and told him that I liked his shirt. He thanked me, and told me that it was an extra large. I thought nothing of him telling me the size until he started taking off the shirt. He handed it to me. I told him that he didn’t have to give me his shirt. He insisted. I thanked him repeatedly, and we embraced. He smiled, and told me that he wanted me to enjoy my time in Swaziland.

I couldn’t stop smiling. I felt so much love. To feel that connection was so amazing.

Some of my bobhuti decided to teach me some of the card games they play here. The first game they taught me was called, “Casino”. I still don’t understand how exactly it works. I do remember a few things about the game and its rules. Each card has a value. All numbered cards are that number’s value. Jacks are worth 11. Queens are worth 12. Kings are worth 13. Aces are worth either 14 or 1. To win, you have to build a home, which is a stack of cards. Whoever has the most spades in their home wins.

One of my bhuti taught me how to play a card game called, “AK-47”. Each player is dealt four cards. Each player begins her/his turn by picking up a card from the deck, which is face down, and discarding one card face up. A player can also pick up one card from the discarded pile. The goal of the game is to get an ace, a king, a four, and a seven. These cards do not have to be the same suit. This game was really simple to grasp. Because of that, I really enjoyed it.

Another game that my bobhuti taught me was called, “Stomach”. The cards are spread in a circle face down. Each player begins his/her turn by picking up any card in the circle and placing it face up in the center of the circle. When the next player starts her/his turn, s/he cannot repeat the suit on top of the face up pile. If the suit does repeat, that player must pick up the entire pile of face up cards. S/he will then turn over a new card to start a new face up pile. Once all of the cards in the face down circle are gone, the next player will play a card in the face up pile. Whatever card is played cannot repeat the suit of the card on top of the discard pile. If the suit is repeated, that player must pick up the entire pile. When a player has no more cards, that player wins. I asked one of the boys why the game was called, “Stomach”. He told me that towards the end of the game when a player has to pick up a large pile of cards, it looks like that person is pregnant or has a large stomach.

I’ll close by saying that while I have enjoyed playing with the children and learning about them through play, I am oft times amazed at the ingenuity of the children around the village. One boy made a model car with scrap metal rods and plastic bottle caps. He is able to steer the car with a metal rod that he pushes. Another boy has made several soccer balls using plastic grocery bags packed with the trash of the homestead. It’s pretty amazing.