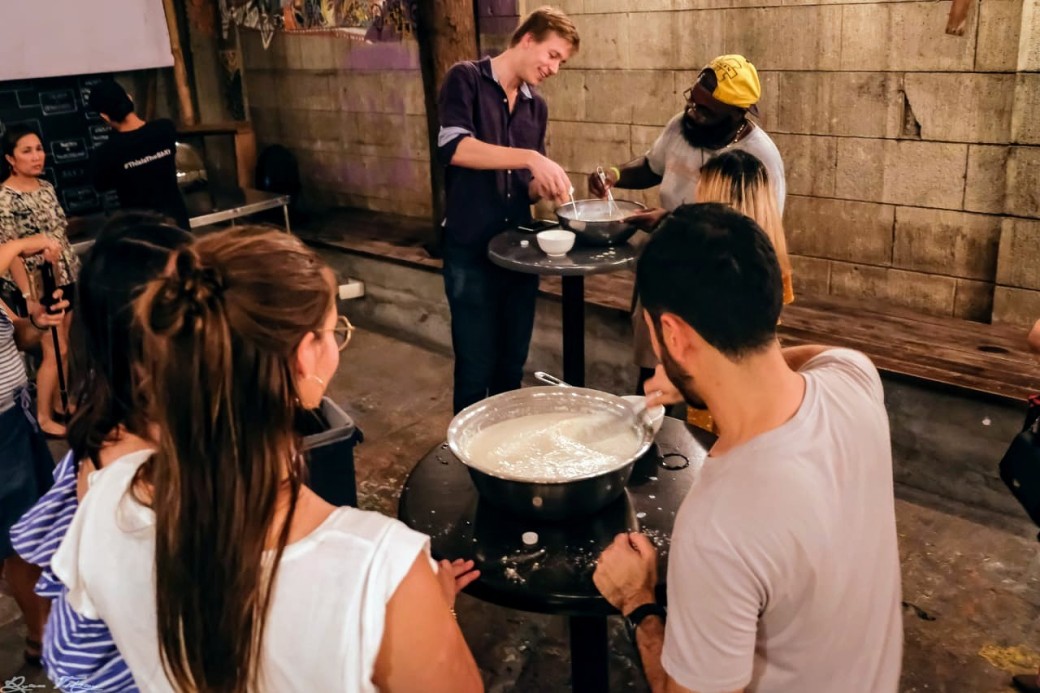 I know. I know. You may have seen the title and thought, “I didn’t know that Kirby was going to the Netherlands”. I didn’t. I arrived in Philippines after a wonderful time in Vietnam. As I do when I get to most new cities, I checked out what was going on in the local Couchsurfing community. Manila was no exception. Some locals and travelers were getting together to walk around and explore Manila a day after I arrived. Perfect!

A group of about ten folks showed up in the park for the day’s activities. What I didn’t know was that the day’s activities would conclude in a Dutch Pancake Party at a local hostel. Robin, a self-described Dutch nomad, started throwing these parties some years ago. It all started with a conversation about food. Someone who was hosting Robin asked him to make some Dutch food. He admitted that he didn’t know how to cook, and made the only thing he knew: a Dutch pancake. Following the excitement of the first, he organized another, and then another. Now, Robin has hosted more than 100 of these events in more than 80 cities.

It was really cool to see all of the people coming together to share in pancakes. There was a very social atmosphere that extended beyond Couchsurfing. Good times were had as many pancakes were devoured. The above picture was taken before the event started as we were making pancake batter.