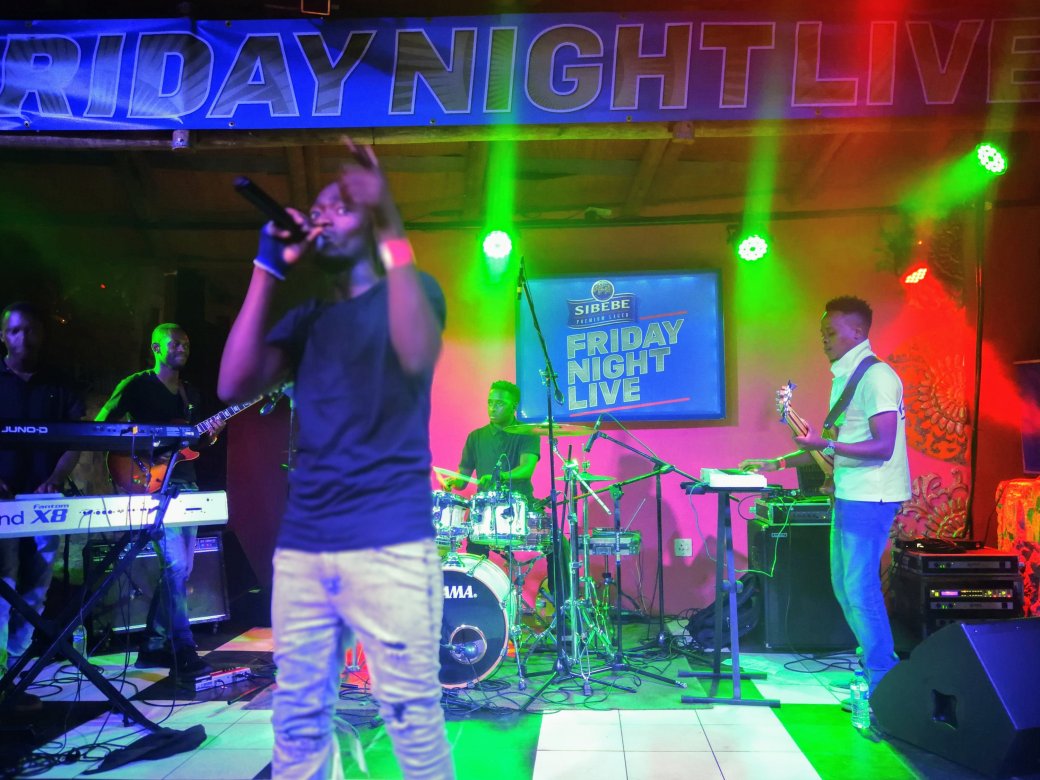 When going out in Swaziland, there are some routine options. Some choose to party at Solani’s in Mbabane while others choose the Pub and Grill in Ezulwini. Some choose to eschew city venues, and opt for rural and semi-rural bars (called shabeens). Then, there’s Friday Night Live.

Friday Night Live is a sporadic monthly/bimonthly competition series at House on Fire in Malkerns. This is same venue that hosts the annual Bushfire Festival. The event typically features three up and coming, local musical acts. The musical acts, who each perform one set, have the chance to perform at the Bushfire Festival. When live musical acts aren’t performing, one of the house DJs plays. One of my favorite DJs in Swaziland, DJ Mkay, was spinning this past Friday. The picture above is of M. Triggerson performing last Friday.

Recently, primary and high school students from all around Swaziland gathered at the University of Swaziland – Kwaluseni to compete with robots. The competition, which promotes science, technology, engineering, and math (STEM) in Swaziland, was sponsored in part by the U.S. Embassy, the STEM Foundation, and the Royal Swazi Sugar Corporation. More than thirty student teams competed.

The students were tasked with using legos and a small computer to build and program an autonomous robot that could navigate a course and compete various missions. Some missions included delivering one structure to a specified location in the course, and retrieving an item from a location in the course. The students in the picture above are completing final checks before their robot attempts the missions on the course.

In the end, a team from U-Tech High School in Big Bend won the competition, and will be journeying to compete in Johannesburg.

Last week, I was fortunate to attend a school dance competition. Schools from all over the Manzini region gathered to showcase their skills.

Sabaca (pronounced sah-bah-click c-ah) is a Swazi traditional warrior dance performed by boys and men. In each ummiso or sabaca performance, there is singing. Occasionally, there are drums. A fellow teacher explained that Swazis communicate and tell stories through songs. The songs sung during the competition are no different.

I’m very proud of our students, and all of the hard work that they did to prepare for the event. They represented the school and the community very well.

Ever wonder what is Kirby doing? Follow the blog!