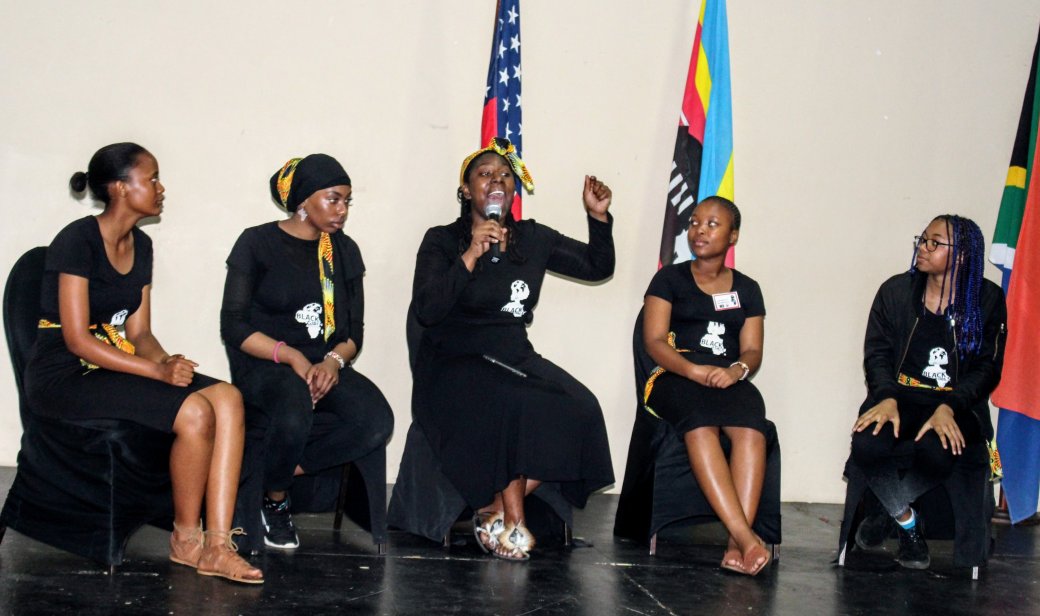 Last week, the dreams and desires of a fellow PCV were actualized. In Swazi Spring 2017 (August-September), Dawnita saw a documentary about a girls step team from Baltimore, Maryland. She was moved by documentary, and shared that she wanted to do a documentary screening for the girls in her community.

She had conversations with folks from Baltimore, her hometown. They assembled a team and began working on bringing an idea to fruition. What if Black girls from this step team in Baltimore could connect with Black girls from South Africa and Swaziland? What if the image of their international contemporaries was formed by more than the media? Black Girls Global Exchange (BGGE) was born. More than fifteen high school girls and chaperones from Baltimore journeyed to South Africa and met up with high school girls from Manzini (Swaziland) and Soweto (South Africa). Together, they explored Soweto (and shared dance moves). The girls enjoyed a week of intercultural exchange as they tried new cuisine, shared stories, and completed service projects side by side. I was fortunate to be one of many photographers capturing the events.

On Thursday, girls from all over Swaziland joined the BGGE participants in central Swaziland for a screening of the documentary and a symposium. It was beautiful and emotional. It was surreal at times watching the girls truly and fully embrace the sentiment that we are much more alike than we are different. As the BGGE participants marched into the conference room for symposium, they were indistinguishable. Girls from Manzini and Baltimore wore matching outfits as they led chants of “B-G-G-E”. The energy was electrifying.

During the symposium, a light lunch was served. Two BGGE mentors from Baltimore, who are professional chefs, joined Swazi chefs in the kitchen to prepare a delightful experience highlighting American and Swazi foods. Shrimp and grits (an American favorite) was served alongside chicken feet, pap, and Swazi cornbread (all Swazi favorites).

While the symposium featured many powerful moments, I’d like to highlight two. During the panel discussion (pictured above), BGGE participants from Baltimore and Manzini discussed what they had learned from nearly a week of intentional cultural exchange. The girls shared how they connected on the challenges they face in their respective homes. Gender based violence and inequality is problem in Swaziland and America. HIV plagues both nations with so many infected and affected. At another point in the symposium, the participants from Manzini closed a presentation with a beautiful song. The lyrics hit me as tears fell. “Shine your light–Be the light–We, Black girls; we gotta stick together”. As the lyrics repeated, the stage began to fill with the BGGE participants from Baltimore and other girls. It was one of the most beautiful things I’ve seen during my time in Swaziland. The Black Girls Global Exchange is the epitome of Black girl magic. 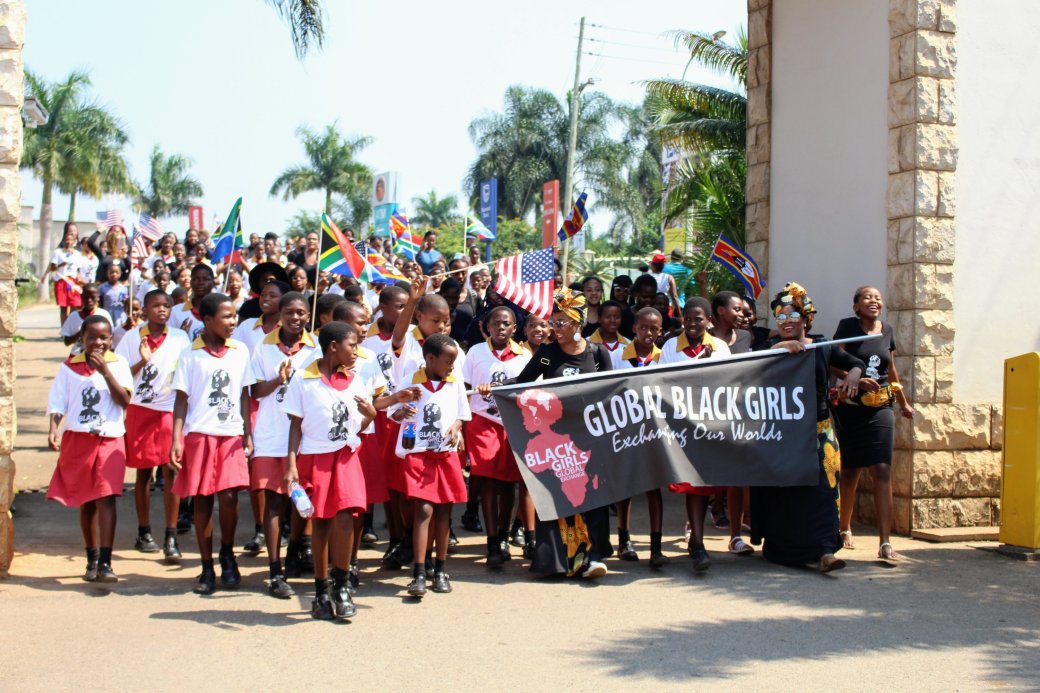 Correction (8 April 2018): There were 4 middle school girls from Baltimore, Maryland, in addition to the high school participants.

The lyrics from the moving song (during the symposium) were: “Show the light…give them life…we black girls…let’s work together.” It was written and arranged by BGGE Swazi Ambassador Nosfiso Magagula, 17 years old.