Shortly after arriving in Cambodia, I was in a hostel in Phnom Penh talking with PCV who is currently serving here. We talked about our experiences in Peace Corps and life. I asked the Cambodia PCV for recommendations on things to do while here. He spoke very highly of the Mondulkiri Project in northeast Cambodia. The project has an elephant sanctuary for rescued elephants, and offers jungle trekking in addition to visits to the sanctuary to feed and bathe the elephants.

My interest was piqued. I read more about the project, and knew that I wanted to go. The project is home to five elephants. At least one was formerly used for elephant rides in Angkor Wat. Another was used for hauling logs from the jungle. Another was abused by her caretaker. The project also employs Bunong people, who live in the local community where the jungles and forests are.

The 18 kilometer trek started at the tour guide’s homestead just before 9 am. The views from the trek were quite awesome. Apparently, it’s the end of rainy season so the mosquitoes were minimal, but jungle floor was very slippery. This was especially true on inclines and declines. I lost my footing a few times and was invited to promptly sit down on the jungle floor. The trek included swimming in a river at a waterfall right before lunch. During the after lunch trekking, the rain started. Although it started as a light drizzle, it progressed into heavier rain. The jungle floor became even more slippery. We finally reached our destination: the Jungle Lodge. They had hammocks with blankets set up for us. They also served dinner, which included bamboo soup (made in real bamboo), breakfast, and lunch the next day.

P.S. – Here go two more really cool pictures. The first is of a leaf that apparently ran out of chlorophyll. The second is of an elephant munching 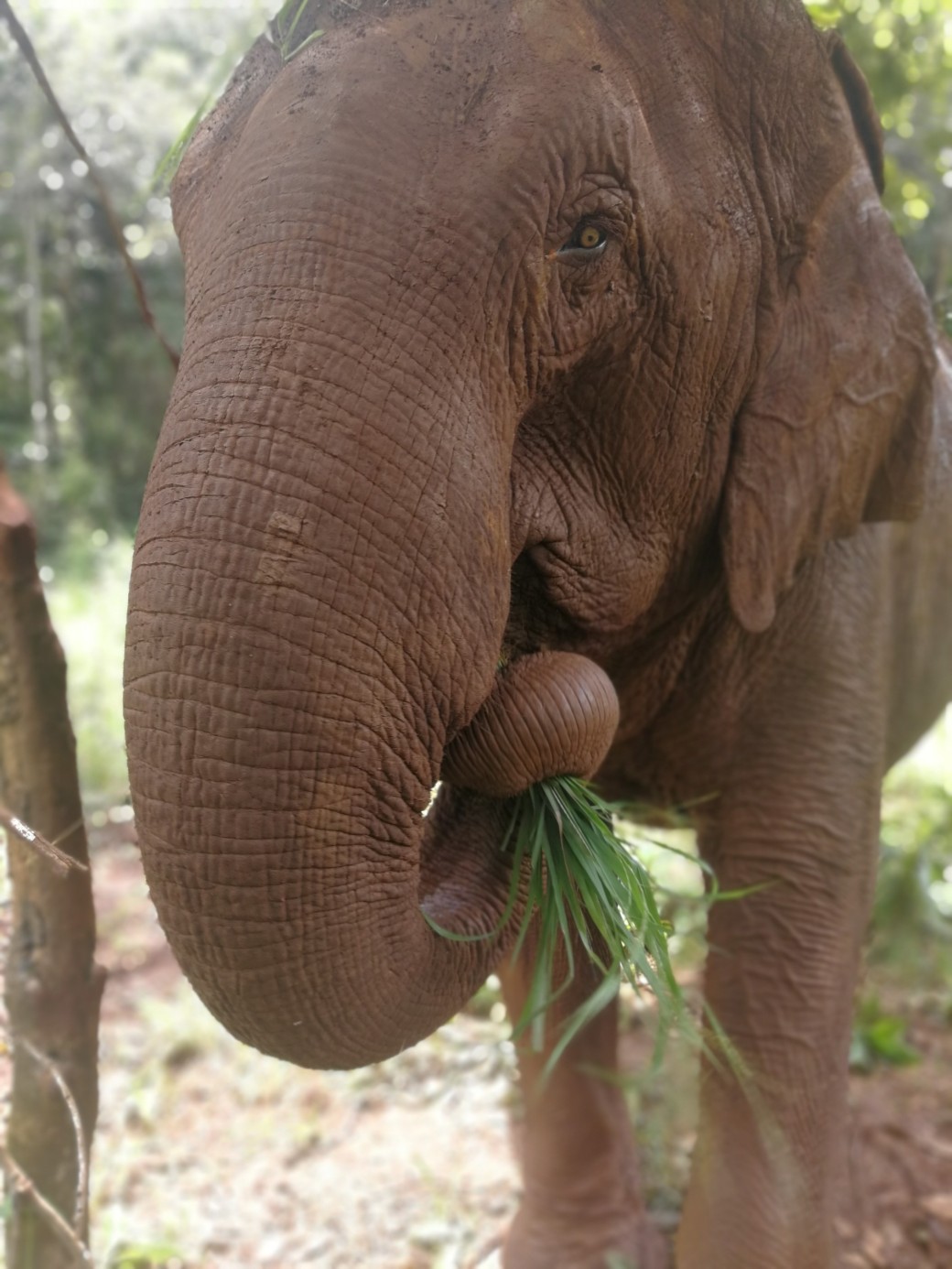