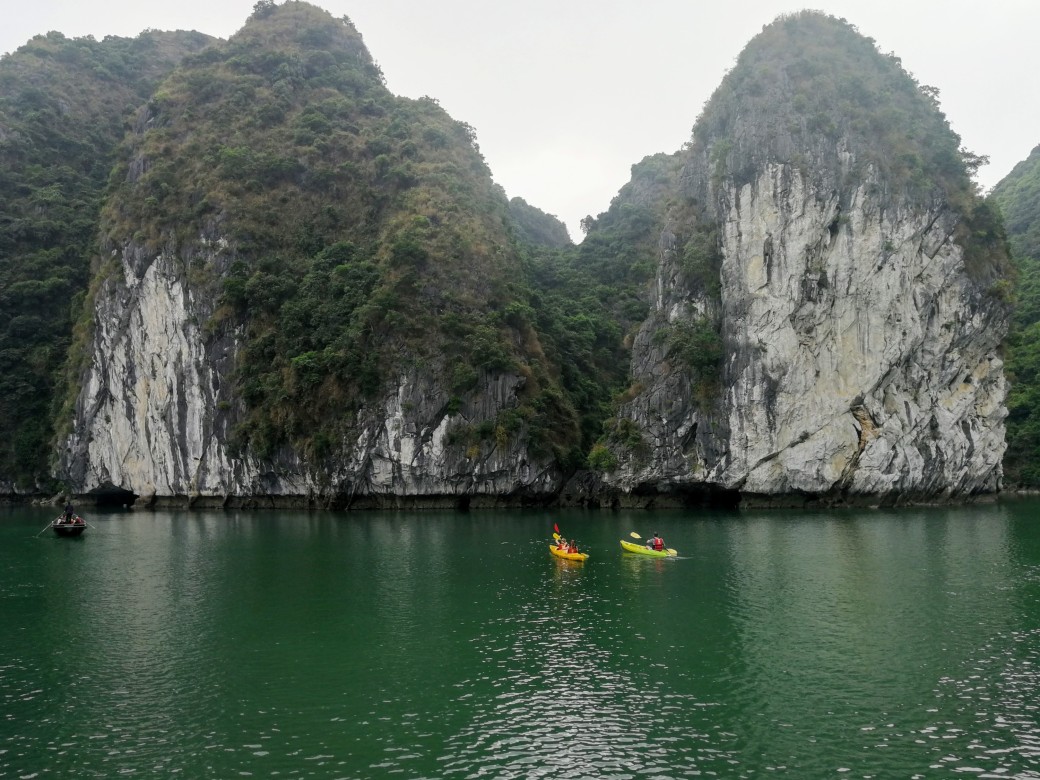 A few years ago, I saw pictures of what I would learn is Halong Bay. One of the pictures was so magnificent that I decided to make it the background on my phone. I wanted to get there. To see this beauty in person. To be amazed and in awe. As my time in Vietnam was drawing to a close, I decided to prioritize going to Halong Bay over everything else. The Ha Giang Loop. Sapa. Ninh Binh. Hanoi.

While spending some time on the island of Cat Ba in Lan Ha Bay, I took a day boat trip through that bay to Halong Bay. It was just as beautiful in person as it was in the picture saved as my screensaver a while ago. Activities in the bay included swimming, snorkeling and kayaking. The tour guide also pointed out several of floating communities in the bays. The 1,969 limestone karsts protect the communities from typhoons, tsunamis, and the like. There are some communities that have a small tunnel entrance. One such entrance is only accessible during low tide. Many of the floating communities have fish farms. The above picture was taken just before kayaking around some of Halong Bay. If you look closely, you can see some of the passages we kayak through.