Peace Corps service is often shrouded in mystery. This is true for family and friends of the PCV, as well as the PCV. The question often gets asked what do PCVs do. The answer to that differs from post to post, and amongst volunteers serving in the same post.

Before my service, I thought of Peace Corps mainly in terms of goal one. I thought about the tangible work. I thought about the data driven outcomes and evidence-based practices. While all of those things are extremely important, they are not of sole importance. In the 18 months that I’ve called Swaziland home, I have known many volunteers who struggled with the idea of “not doing enough”. At times, I have wrestled with the question of whether or not I’m doing meaningful work. In ten years, will it matter that I taught that Life Skills class? In seven years, will it matter that I co-facilitated that permagarden workshop? That’s the Goal One lens of Peace Corps.

There are times when the presence of a PCV leads to valuable conversations about America and the world. This is not to suggest that PCVs or America have “figured it out”. I don’t believe that we have; however, I believe that magic happens when diverse voices, ideas and perspectives get to sit at the proverbial table and speak freely. The metrics don’t exactly capture that. Similarly, they don’t capture the newfound excitement of the Form 4 student who tells me that he’s looking forward to my class tomorrow. They don’t capture the conversation with the young lady who expressed her excitement that her community gets to host a Black volunteer.

On the other side of that diplomacy coin is (hopefully) the eradication of the single story that (insert host country/region/continent here) is only one thing. Previously obscure places become more than names on maps. With personal stories and experiences, Africa becomes more than a singular, monocultural place made of brown and bush.

As I start to wrap things up here in Swaziland, I’ve pondered more on what it means to have had a successful service. My reflection has shifted my focus from making monuments to making memories. I haven’t built or renovated any structures in my community. However, I have taken my students on a world tour (including my home in DC) using Google Maps Street View. That probably won’t be in any annual report, but seeing the faces of my students as we explored the streets of Abuja, Paris, and Cairo makes up for any lack of metrics. 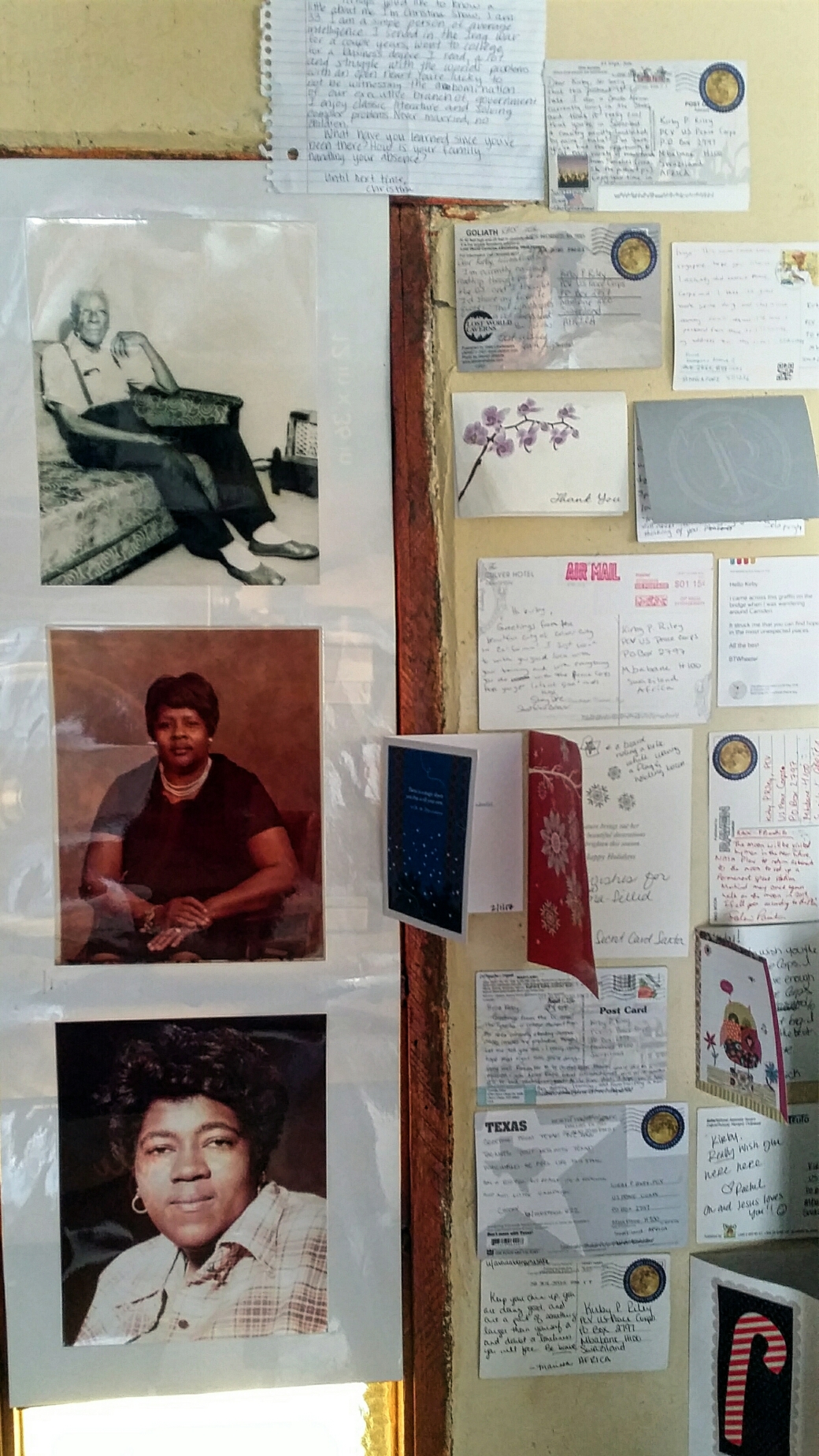 ​Everyday before I leave my house, this is what I see. It’s important to stay motivated and inspired while serving. People have sent postcards, greeting cards, and letters from all over the world during my time in Swaziland. I’m extremely grateful to all of those who have taken the time to write kind words and send them to me.

To make my house feel more homey, I added pictures of those responsible for my being to the inspiration wall. They include my great grandfather, his daughter (my grandmother), and her daughter (my mother). It was on this day seven years ago that my mother passed away. She’s actually (partially) responsible for my serving in the Peace Corps. She pushed us to serve others with compassion. She instilled a sense of exploration. She made sure that we respected and embraced those who might be different from us.

Having these visual reminders has been great for keeping me motivated in the rural community. It makes my service feel a little less lonely.

Ever wonder what is Kirby doing? Follow the blog!

This past Thursday was Thanksgiving, an American holiday of food, family, and football. For those who may not know, Thanksgiving isn’t celebrated here in Swaziland. It’s simply another Thursday in November. For the occasion, our country director invited all of the volunteers in Swaziland to her beautiful home for a momentous feast. I wasn’t able to get pictures of all of the food, but the above collage is a bit of what our eyes and tastebuds enjoyed on Thursday afternoon.

While the chefs were putting the final touches on the meal, I was able to relax by the pool and chat with other volunteers. There was also badminton and other backyard games to be played. This was definitely the first Thanksgiving that I was able to chill in a pool and soak up some sun. I could used to Thanksgiving as a summer holiday.

Several volunteers and staff helped prepare various delicious dishes. It was indeed, a feast. There were four turkeys (two baked, two fried), a roasted pig, and a sizeable salmon. We enjoyed several types of stuffing, macaroni and cheese, fried cabbage, mashed potatoes, candied yams, green bean casserole and more. There were appetizers to whet our palettes, and desserts to satisfy the most distinguishing sweet tooth.

I have a newfound respect and admiration for those who host large holiday gatherings at their home. There were more than 70 of us. There were dietary restrictions and food allergies to be observed, but there was still something for everyone.

I wanted to take this opportunity to publicly give thanks and gratitude to our country director for hosting us in her home (and for taking suggestions on the menu); all of the volunteers here in Swaziland, for being a supportive and amazing group of folks; all of the chefs who made the meal magical; and my brother and uncle, for WhatsApping me their Thanksgiving greetings.