What a story tells often depends on who is telling it. In the 1960s and 1970s, a war was being fought in Vietnam. There were disagreements about which groups and ideologies would rule the country. I’d always known this event as the Vietnam War.

In Ho Chi Minh City, there’s a museum documenting the event. At the War Remnants Museum (and around Vietnam), the event is known as the War of American Aggression. War era aircraft and artillery are on display at the museum. This is in addition to other artifacts, pictures, and stories. One display shows the service medals of a U.S. soldier, who donated them to the museum and apologized for his role in the war. Two exhibits stood out to me. One featured the photographs from various photojournalists who documented the war, and captured the day-to-day essence of the happenings on the ground. The other exhibit featured the effects of Agent Orange on the Vietnamese people during and long after the war.

Here are two of the pictures I snapped on my visit to the museum. The first is named “Mother”, and was made from bomb fragments. The second is of one of an aircraft in the courtyard of the museum. 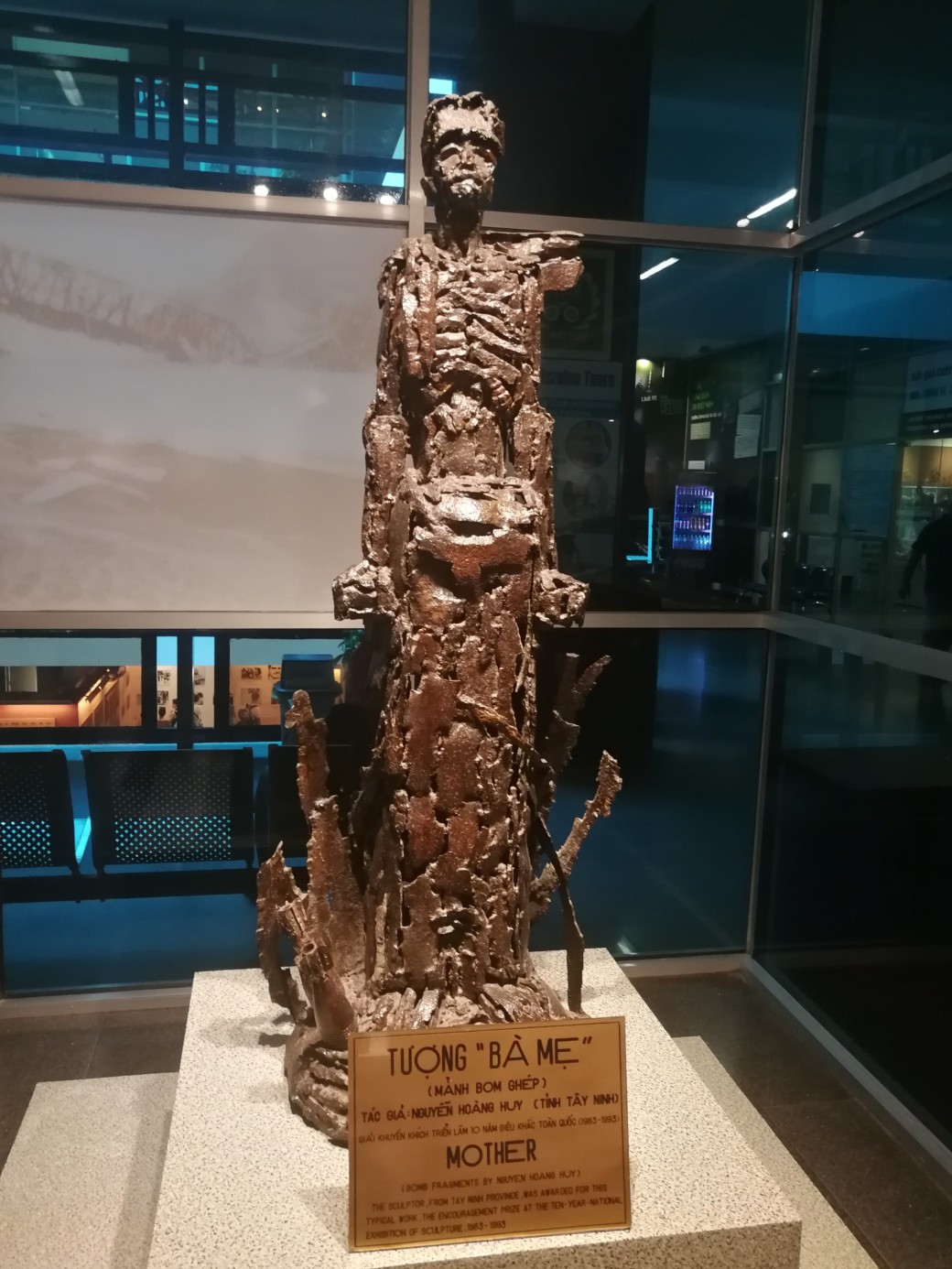